I will never forgive that woman. Absolutely never. I swear that I have never done any sexual harassment. I admit that I said “you had better marry and be a housewife.” Why is this a sexual harassment? Due to her absurd remark, I am a pauper now. I lost my job and my family as well. 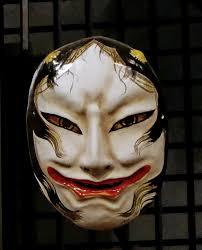 I went to the revenge agency Kiryuin, and asked her to wreak revenge on the stupid woman. I heard that she would marry soon, and she was promoted to a chief to live comfortably. I shall rob you of your happiness. The fee of revenge agency is million yen. It is so expensive that I cannot pay. Then Kiryuin proposed that I would pay it in my lifespan.

I’ve got nothing to lose anymore. I don’t want to live long. I decided to pay in one year of my lifespan. I thought I don’t mind if I die one year earlier. The result was good. The woman was fired because the company noticed she had worked at a bar besides the company. Furthermore, she broke up with her boyfriend.

One afternoon, I saw the woman was walking with the man happily. They have not broke up! Kiryuin cheated on me! I called Kiryuin right away. I heard they got back together. She said that it was my mistake because I didn’t take it into account.

I’m miserable. I lost beloved family, and I am bearing my loneliness. I was set up by the bitch. I shall kill her! I paid in more 5 years of my lifespan to Kiryuin.

Everything should have gone well. But one morning, I heard a strange music out of nowhere. When I listened carefully, the noisy sound was coming out of my body. Lots of musical notations were emanating from my body to cut my skin. I was covered with blood. Musical notations began to whirl around in the air. After musical notations whirled at lightning speed, they transformed into the woman.

The woman said. “Both you and I asked Kiryuin to revenge. But, unfortunately I asked her earlier than you. I shall take first priority. I worked day and night very hard in order to pay money to Kiryuin. I wanted to revenge myself instead of my boyfriend. It is no use resisting now.”

“What does it mean?” I was confused.

“My boyfriend was your subordinate. He committed suicide due to your abuse of authority. I won’t let you say that you don’t remember. Even though you treated him terribly, you made a false report to protect yourself. The company believed you. As a result, my boyfriend had a distrust of people to commit suicide.”

“Who are you talking about? I have never harassed anybody.” I was really trembling because I remembered him clearly. It’s him. I never thought that he would kill himself.

The moment when I heard the wind noise, the woman disappeared. With the sound of a thud, massive musical notations fell to the floor.

10 years has passed since that. I’m alive. An offering of flowers will never be gone at the man’s grave as long as I live.

Thank you for reading my short story through to the end. 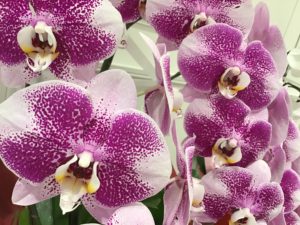